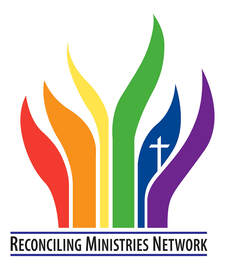 Our church family commits to the Foundational Reconciling Ministries Statement: "We welcome and affirm people of every gender identity, gender expression, and sexual orientation, who are also of every age, race, ethnicity, physical and mental ability, level of education, and family structure, and of every economic, immigration, marital, and social status, and so much more. We acknowledge that we live in a world of profound social, economic, and political inequities. As followers of Jesus, we commit ourselves to the pursuit of justice and pledge to stand in solidarity with all who are marginalized and oppressed.” At Lake Tahoe United Methodist Church and Retreat Center, ALL are welcome!

Resources
Resist Harm
"A United Methodist movement of faithful resistance to anti-LGBTQIA+ policies and practice.  The Resist Harm Movement stands firmly within our Wesleyan tradition of the wideness of God’s grace in a broken world in need of Christ’s love."
Learn more here: #ResistHarm

Not Another Second:
"LGBT+ seniors have demonstrated great resilience of humanity over hardship throughout the years, paving the way for a better and more accepting future for generations to come.  Not Another Second – the first in a national series of cultural campaigns from Watermark Retirement Communities – tells the untold stories of 12 LGBT+ seniors and explores the years they lost due to societal constraints. The project acknowledges the sacrifices and contributions of these seniors, celebrates their beauty and bravery and empowers them to share their words of wisdom with younger generations."
Watch the documentary here: Not Another Second

Pride FX Documentary:
"Seven renowned LGBTQ+ directors explore heroic and heartbreaking stories that define us as a nation. The limited series spans the FBI surveillance of homosexuals during the 1950s Lavender Scare to the “Culture Wars” of the 1990s and beyond, exploring the queer legacy of the Civil Rights movement and the battle over marriage equality.  PRIDE, is a six-part documentary series chronicling the struggle for LGBTQ+ civil rights in America from the 1950s through the 2000s."
Learn more here: Pride FX Documentary